Benefits of Himalayan Salt Lamps (and a Special Offer from Dodocool!)

You’ve probably seen a lot of salt lamps providing ambient lighting in YouTube videos.  I have to admit that they look pretty cool.  But did you know they may actually have some health benefits as well?

Most salt lamps feature a uniquely formed salt crystal with a light bulb inside.  As the light bulb produces heat, the salt crystal can evaporate any moisture it has absorbed.  This process creates negative ions and releases them into the air.  If you’ve ever purchased an electronic air purifier, you’ve probably seen that an “ionizer” is a prominent feature.  A heated salt crystal is essentially an ionizer. 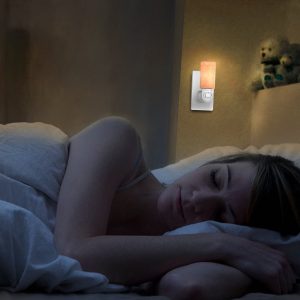 So what’s the deal with ionizers and negative ions?  Negatives ions (created by an ionizer or other source, such as lightning), attach themselves to dust and other pollutants, essentially making them too heavy to be air borne and they instead fall to the floor.  Hey, better on the floor than in your lungs, right?

There is also some talk that ionizers, such as a Himalayan salt lamp, can affect your mood by decreasing stress and increasing energy.  Everybody is different, so while it may not work for everyone, what’s the risk in trying?

If you’re looking to test this out for yourself, you can get started with Dodocool’s special offer: their Himalayan Salt Lamp nightlight is only $14.99 to begin with, but click this link to generate a coupon code for another 27% off!

Here are some of the features of this lamp:

This sponsored post is brought to you by my friends at dodocool, makers of some great electronics and home products. Check out their site at dodocool.com

Eufy Genie Review: How does it compare to the Echo Dot?

Your Next Perfect Laptop in 2019