Looking Back on the Tech Trends of 2015

As 2015 comes to a close, let’s look back on the popular trends we saw in technology over the past year.

Although it wasn’t the first smartwatch, the Apple Watch saw strong sales and has become one of the most popular wearables in 2015, bringing the idea of a mini-computer on your wrist more mainstream.  Plus, Apple, T-Mobile and AT&T have brought WiFi calling to the Apple Watch, even when your iPhone is off, making me feel like Dick Tracy every time I answer a call on my wrist.

FitBit has been making it’s way into people’s pockets and on to their wrists for the past few years, with the FitBit Surge providing some “smartwatch” technology of its own.  I’ve been seeing more and more of my friends and family getting on board with this step tracking technology over the past year, and the new “Challenges” feature of the FitBit app brings some friendly competition (and a lot of late night walking in place to snag that number 1 spot). 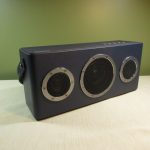 Bluetooth earbuds and speakers were also very popular in 2015, with both coming down in price significantly.  The wireless freedom of Bluetooth allows you to rock out virtually anywhere without being physically wired to your phone.  And we saw several knock offs of Beats products that still featured very good sound quality at a fraction of the cost.  Which I appreciate, because I have a bad habit of losing headphones every time I travel. 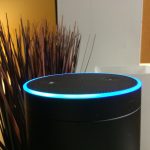 Bluetooth and WiFi connectivity continues to bring more and more of our home devices online.  Smartthings released version 2 of their hub, allowing you to connect and automate a wide range of devices, including light bulbs, door locks, and even speakers.  Apple’s HomeKit API also allows us to talk to Siri, who in turn will “talk” to our lights and turn them on.  And the Amazon Echo continues to give us that “home of the future” feel as it added several new home automation integrations this year, including Wink, Smartthings, and Insteon Connect. 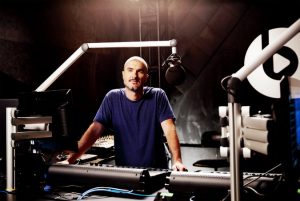 Streaming music also continued to gain popularity this year.  I resisted Spotify for the longest time because I liked to “own” my music files.   However, when I first got a taste of having my music “in the cloud” with iTunes Match a couple years ago, I was immediately hooked on the convenience of not needing to manually sync files between my computer and my iPhone.  Being able to edit a playlist on one device and have it automagically sync to all my other devices was also a huge plus.

When Apple Music was released, I quickly and effortless transitioned to it.  I did not struggle with the meta-data torture that some other users experienced, but this was likely due to my library being “cloud ready” thanks to iTunes Match.  I really enjoy discovering new music and being able to listen to (almost) any song I want, when I want.

But perhaps the most surprisingly popular feature of Apple Music is Beats 1 Radio.  Listening to the service brings back a bit of nostalgia for me.  For example, I tune into Brooke Reese’s show “Chart” almost daily to listen to the biggest hits, which in a way takes me back to listening to Casey Kasem counting down the top 40 every weekend when I was growing up.  And “Request” with Travis Mills takes me back to a time when you had to actually phone in requests to a local radio station.

While they’re not quite like what we saw in Back to the Future’s interpretation of 2015, hoverboards (well, skateboards with motorized wheels) were a hot holiday gift, literally.  Recent battery explosions in some hoverboard models have left many consumers weary of this new mode of transportation.  Hopefully Mattel will release their levitating (and fireproof) model soon. 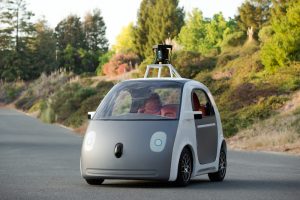 More virtual reality tech is on the horizon, with both Sony and Microsoft expected to release their VR consumer products.  And wearables will continue to expand, with the inevitable 2nd generation of the Apple Watch expected with additional health tracking and better performance.  Drones were another hot item this year (so much so that they now require registration) and hopefully Amazon will get their delivery-by-drone service off the ground in 2016.  Personally, I’m keeping my fingers crossed for self-driving cars so I can get in a few extra Zzzs in the back seat during the morning commute, and maybe live out my lifelong fantasy of fighting crime with my car (like KITT).

Best Black Friday and Cyber Monday Deals from AUKEY for 2018