The rest of this review may look very similar to the XB31, since they are essentially the same speaker. 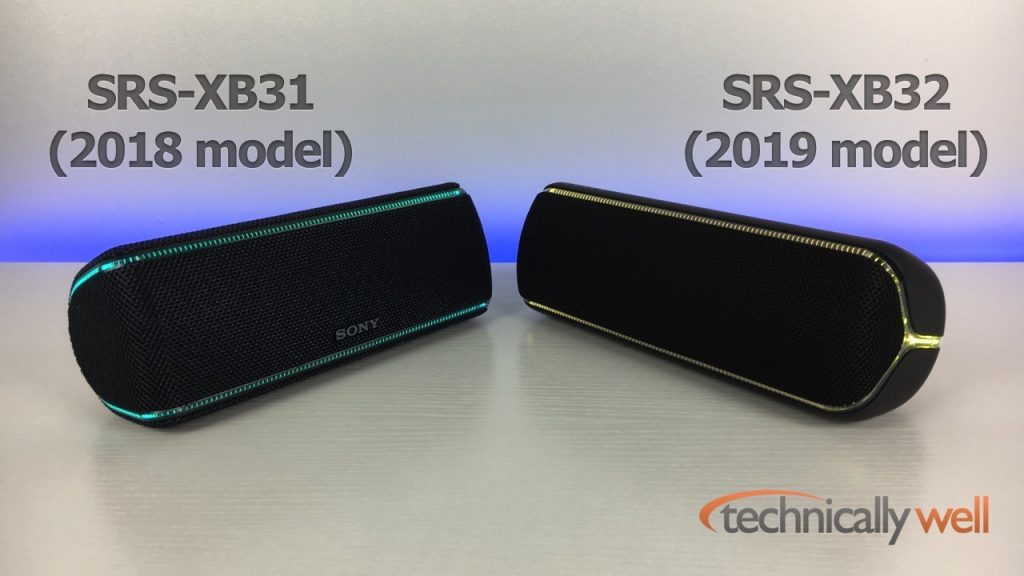 You’re likely most interested in the sound quality of the Sony SRS-XB32.  If you love bass, it definitely does not disappoint. Highs and mids come through clear and bass has some kick to it (more on that in a second). Streaming music from Apple Music and Pandora both sounded great, but the speaker does tend to over emphasize low frequencies and can sound “muddy” at time, expecially with the “Extra Bass” feature on (which is enabled by default).

There is a dedicated “Live” button on the top of the unit for the “Live Sound” feature (this feature was somewhat hidden in last year’s model). When the LED light above the button is “white”, the feature is on. Sony states that the “Live Sound” feature will provide a more realistic, 3D experience with “festival vibes.”  Well, I’m not sure about the festival vibes, but what I found is that it does is maintain the bass of the “Extra Bass” mode while increasing the volume and enhancing some of the mids.  It definitely sounds good and I actually prefer it over the “Extra Bass” feature alone, so I’m glad they’ve added a dedicated button for it.

Confused by these different sound modes and how to tell when they’re on? Me too. This table breaks it down.

Sony’s Bluetooth speakers tend to be bass heavy and that’s definitely the case with the SRS-XB32.  There’s no dedicated “EXTRA BASS” button as there was on the XB30.  You can turn the Extra Bass feature on and off using the Sony Music Center app, or by holding down the Volume Down and Play buttons for 3 seconds, until the power indicator changes colors.

Want to compare speakers?
Check out our speaker comparison guide to see how this speaker stacks up against other Bluetooth speakers.

The SRS-XB32 gives you up to 24 hours with the lights off and with the sound mode set to “Standard”.  However, with the lights on and the Extra Bass feature enabled, you can expect less than half of that.  So definitely keep that in mind if you’re trying to plan an all-nighter.

Overall, the Sony SRS-XB32 delivers great sound along with a great light show. If you already have last year's model (the XB31), then there is really no reason to upgrade as the changes seem to be cosmetic only. There is also no stereo pairing compatibility between the XB32 and XB31, although you can link the two models together to play non-stereo sound ("Wireless Party Change").