You’ll want to place the range extended about half-ways between your router and the WiFi dead-zone section in your house.  In my case, my bedroom on the second floor is furthest away from the router on the first floor. While the WiFi works in this room, I find my iPhone switching from the 5 GHz band to the 2.4 GHz band which can sometimes cause a delay while it changes.  I would prefer to have the more stable 5 GHz band all over my house.

I placed the extender in the middle of the second floor and pulled up the web interface for the RE9000.  Using the “Spot Finder” page on the web interface, it confirmed I was (barely) in the “just right” zone.

One of the most appealing features of this range extender is the “Seamless Roaming.”  You know how your phone automatically switches from cell tower to cell tower while you’re driving?  We really haven’t been able to have seamless switching with WiFi.  Even if you have two WiFi networks in your home, your phone will typically hold on to the first one it encounters even if it moves closer to a stronger WiFi network.

Seamless Roaming looks to solve that so you can have uninterrupted FaceTime calls, for example,  as you move around your home.  The RE9000 supports Seamless Roaming with some caveats:

When paired with a Max-Stream router, the two devices are able to dedicate a 5 GHz band between them, creating a solid connection suitable for high bandwidth applications such as 4K HD video streaming.

I tested this out by making sure my iPhone X was connected to the range extender (you can see what devices are connected in the web interface) and performing a speed test.  My home connection maxes out at 30mbps (which is still suitable for 4K streaming) and I saw the same speed connecting to the RE9000 as I did connecting to my main EA9500 router.  I tested out a 4K Amazon Video stream and it worked flawlessly while connected to the RE9000 range extender. 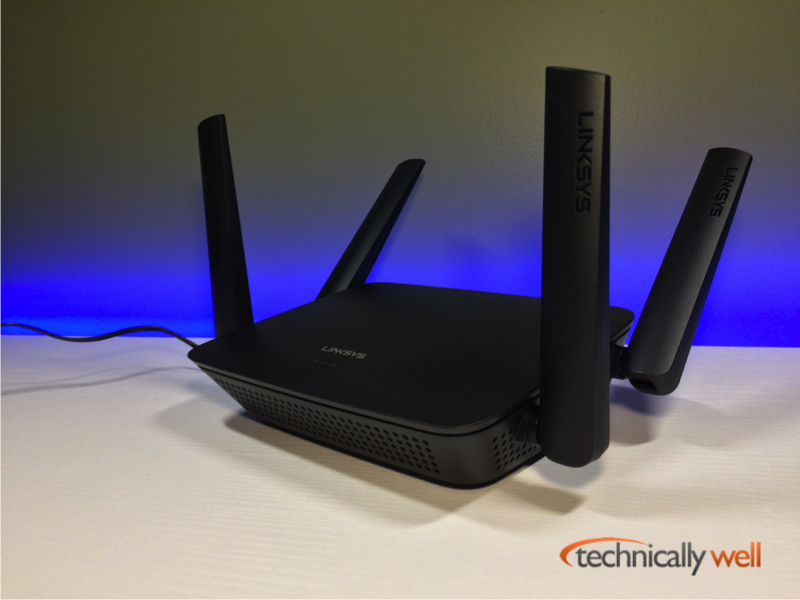 The RE9000 range extender really shines when paired with a Linksys Max-Stream router. It gives you Seamless Roaming which allows your device to quickly switch from your router to the range extended and vice versa. While the Linksys Max-Stream system is a somewhat pricey ecosystem to invest it, it does deliver high speed performance for larger homes with a fairly easy setup process.