How many watts should my USB charger have?

When checking out the many USB wall chargers and car chargers on Amazon, you’ll see each device advertising varying amounts of watts.  So how many do you need?  It mainly depends on the type of phone you have and how many devices you need to charge at the same time.

For iPhones and Android Phones

Most iPhones and Android phones need only 5 watts (5 volts X 1 amp) to charge.

However, some devices can charge faster with more power, as we’ll discuss next.

For iPads and Tablets

Tablets have larger batteries, so they can use up to 12 watts (5 volts X 2.4 amps) to charge faster.  Some newer phones can also use this higher wattage to charge faster as well (you can usually find the maximum wattage of your device by looking at the “INPUT” value on the device or in its manual).

If you have an Android phone that supports Quick Charge technology, then you can charge your phone very quickly if your charger has enough wattage.  Generally, Quick Charge draws about 18 watts (usually at 5 volts, 9 volts or 12 volts).

So which should I choose?

If you have only iPhones (or don’t care if your tablet or phone charges a little slower), then you really don’t need to pay attention to the wattage as your phone will charge at the lowest wattage (5 watts).

If you have several kids with iPads and Kindle Fire tablets that need to be kept charged on a long road trip, you’ll want a multi-port charger with at least 36 watts.  This would support charging 3 tablets at full speed (or a combination of 2 tablets and 1 parent’s phone). 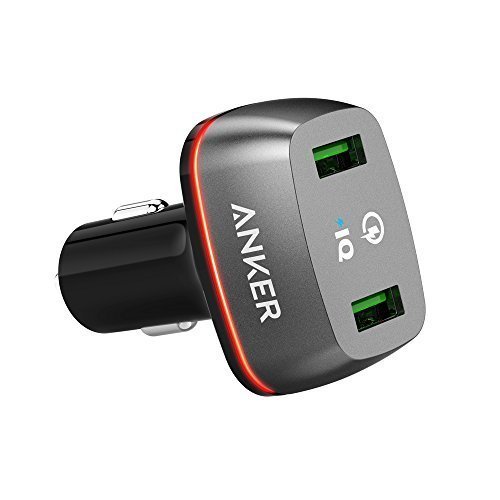 Why does the mic sound so bad when connecting my AirPods/Bluetooth headphones to my PC?

What you need for Apple Fitness+ (Plus)