As a recent “cord cutter”, I’m always looking at ways to enjoy online content on my TV.  Luckily, I was able to score the new Google Chromecast at my local BestBuy, and the bridge between online video and my TV is becoming more and more narrow.

Unveiled earlier this summer, Google Chromecast promises to allow you to easily enjoy your online content on your TV.  And “easy” is just what we need!  A frequent complaint from cord cutters is the difficulty in setting up something to stream to your TV.  And even though my Sony TV has built-in widgets and video services, the user interface is slow and clunky to navigate, and loading up a Netflix stream can sometimes take longer than getting up and popping in a DVD. 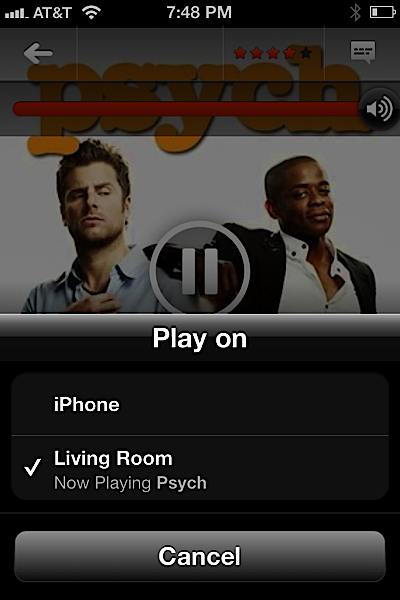 For the few supported apps at launch, simplicity is definitely achieved!  I can easily start a video on Netflix or Youtube with my iPhone, tap an icon, and send it to the Chromecast.  My TV then automagically changes inputs to the Chromecast and starts the video, but I’m guessing this auto-tuning feature will vary from TV to TV.  At first, I worried that streaming a couple episodes of Psych from my phone would drain it no time.  However, I was pleased to find out that Netflix and Youtube streaming actually happens from the cloud, so you can start doing something else on your phone and not worry about battery drain from the streaming video.

From your computer, you can also “mirror” whatever tab you have opened in Chrome to your TV.  While this works fine for showing web sites to friends, streaming video gets choppy and rough to watch (to be fair, my Macbook is a few years old and may not meet the minimum requirements for this feature).  Unlike Netflix and YouTube, the Chrome browser mirroring comes directly from your computer, taking up bandwidth on your home router and battery life on your laptop.    Surprisingly, Hulu.com isn’t blocked from this mirroring… yet.

Google has also released an SDK for developers, so hopefully we will see many more apps in the coming weeks.  If you currently have a “dumb” TV that you want to make “smart”, or just want an easier way to jump into Netflix, you can’t go wrong with the Chromecast’s low price!

Check out Chromecast on Amazon