I’m a huge fan of the original Amazon Echo and I talk to Alexa on a daily basis.  Amazon recently announced that they are releasing both a portable version — the Amazon Tap — and the smaller, secondary version called the Amazon Echo Dot. 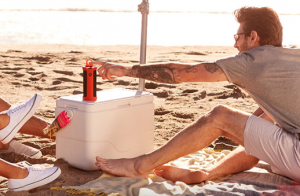 The Amazon Tap is basically a more portable version of the original Amazon Echo with one major difference: you need to hold down a button when you speak to Alexa.  This is understandable as an always-listening solution would be a major battery burner.  Still, the Amazon tap incorporates both Bluetooth and Wi-Fi technology in a speaker that is said to offer rich, full-range sound. 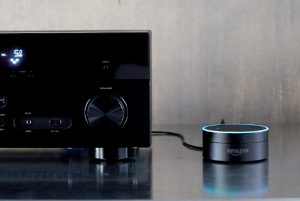 I can’t count how many times I’ve been upstair and screamed downstairs at Alexa to turn on the  lights (which, she surprisingly handles with accuracy despite the two of us being on separate floors).  The Echo Dot provides the satellite microphone I’ve been longing for, but also has the ability to connect to a separate speaker for music playback (I presume this is due to a tinny-sounding speaker built-in to the Dot).

The Dot can handle the knowledge-searching and music-playing functions you would expect, and can also handle your smart home gadgets as well.  You can use the Dot to set alarms, check traffic, and listen to the news each morning.

Both gadgets are available for pre-order from Amazon.  The expected release date in March 31st.

Best Wireless Headset for Fortnite on the Nintendo Switch